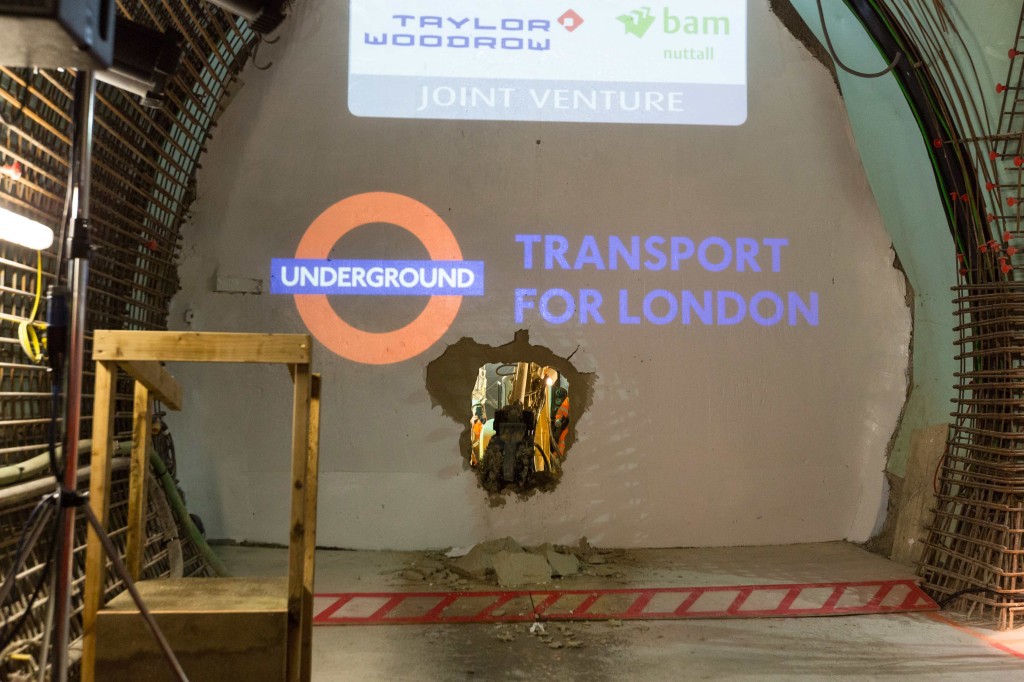 Around 200 people gathered underground on 14 September to celebrate the completion of the final section of tunnel for London Underground’s Victoria Station Upgrade.

Guests, including contractors, engineers, neighbours, journalists, and representatives from the European Investment Bank and the UK Treasury, watched the symbolic breakthrough.

The last 20m section, which connects a network of new passenger tunnels, has been by far the most demanding, and the most expensive. The Taylor Woodrow BAM Nuttall JV used an ingenious combination of measures to tunnel through sands and gravels beneath the District & Circle line, with headroom so limited that the ballast for the railway now sits on the tunnel roof.

There was a strong political message in the speeches at the event, with thanks extended to the European Investment Bank for its recent £1bn loan which has partially been used on this project. Nick Brown, managing director for rail and underground at Transport for London, said: “Victoria is a prime example of the benefits that can be delivered to London and the wider UK economy by investing in existing infrastructure.”

David Gauke, financial secretary to the Treasury, told the assembled crowd: “This is a really important part of what we’re doing in this country to make sure we have the transport infrastructure we need.”

Taylor Woodrow BAM Nuttall started the £300m project, which includes a new Southern ticket hall, an extension to the Northern ticket hall, connecting passages, escalator and lift shafts, in May 2010. When the upgrade is complete in 2018 it will increase the capacity of the station by 110 percent.

More details of the technical challenges and solutions for the District & Circle line underpass tunnel in the October issue of the magazine.